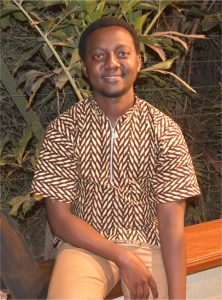 Julius Mbatia is one of the more than 300 young environmental leaders from Asia, Africa and Latin America that received support from the Joke Waller Hunter Initiative (JWHI). For our 30 year anniversary, we talked to this inspiring young Kenyan about the present and future of local and international climate policy, environmental policy and human rights.

At just 27 years old, Mbatia’s accomplishments include co-founding the Youth for Sustainable Development Goals Kenya, coordinating the climate finance work of the Pan-African Climate Justice Alliance (PACJA) and leading the establishment of devolved climate finance institutions at local community level. He has represented African CSOs in numerous Green Climate Fund (GCF) meetings, serves on the Steering Committee of GCF Watch and represents developing country civil society organizations as an Alternate Active Observer to the GCF. In addition, he works as a policy advocacy officer at an African think tank based in Kenya. He is now using his grant to obtain a Master’s degree in Environmental Planning and Management at the University of Nairobi, where he plans to conduct research on climate change governance that supports action at the local level.

Another leadership needed for structural transformation

As Mbatia sees it, the grim realities facing the world call upon us to rethink leadership and governance. Countries in the global South continue to barrel down a development pathway that replicates the trajectory of the global North and doesn’t serve the majority of the population: ‘If you look at Kenya, only a small proportion of the population benefits from our economic growth and our natural resources,’ says Mbatia. ‘Just about 10% of the population controls the wealth of the nation, so you can imagine what is happening to the 90%. Our systems and structures are not speaking to the present challenge of inclusive and sustainable development. We need to ask ourselves what kind of leadership can bring about the structural transformation we need.’

Mbatia sees the need to forge connections and better decision-making across economic, social and environmental spheres in Kenya. He points out that ‘most of the damage to the environment is made as a result of decisions outside the environmental sector’. Addressing this discrepancy is one of the motivations behind his academic work. He hopes to come out of his master’s programme with increased knowledge for analysing the politics of development and for centrally placing the environment within that politics. 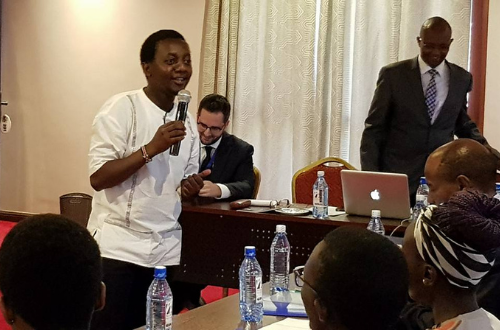 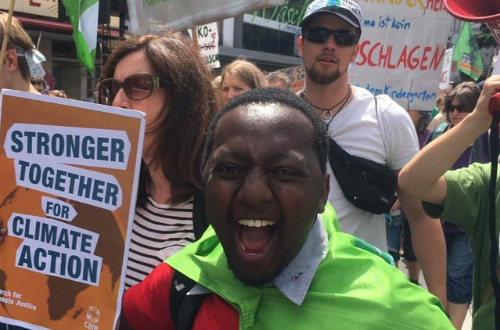 Julius Mbatia at the Fridays for Future Climate March in Germany, June 2019, during the UNFCCC SB 50

When asked about the importance of young leadership, Mbatia underscores the importance of inclusive decision-making generally. He highlights the fact that he speaks not just as a young person, but as someone who has ‘done his homework’ and formed his own analysis. That said, he does think that young people are more aware of – and more interested in – the shifts that are already happening and those that need to happen. ‘I have the ambition of being part of a generation that is more responsible, more inspired and more fulfilled. That is the change that I want to bring to the table.’

In recent years, young people’s climate activism has received significant political and public attention, including from world leaders. For Mbatia, the challenge ahead is to ensure that young people get a role in decision-making. ‘At COP 25, the 2019 UN climate talks, we had youth movements from around the globe calling for a different world. We showed the power young people have,’ says Mbatia. ‘But it’s not enough for policymakers to mention young people or give them a stage. They have to pull back and create processes to allow young people – those who are demanding climate justice and climate action – to be part of the solution. That would mean, for example, giving young people access to climate finance to deliver tangible and practical action with transformational potential. There are more spaces being created for youth, such as in UN committees, but it is important to give them the technical support for that role.’

With an eye to the future, Mbatia hopes to see Both ENDS step up its support for young people’s movements. Daan Robben, who coordinates the Joke Waller Hunter Initiative, shares this aim. Robben is working on developing a community platform for past and present JWHI grantees. Recent activities include webinars with experts. ‘We know youth are important but they are often in that back of our minds. We have a beautiful young leadership programme, but I think we can do a much better job connecting it to our other programmes.’

Julius Mbatia sees a role for Both ENDS that goes beyond supporting young leaders’ education and other immediate capacity building needs. ‘Through the Joke Waller Hunter Initiative, Both ENDS has a big opportunity to strengthen connections among the world’s young environmental leaders. Together, we have crazy potential to make a difference.’

The legacy of Joke Waller-Hunter is colossal. She was not only a key figure in the founding of Both ENDS, but a world leader in sustainable development. Following her important work at the Dutch Ministry of Environment, she became the first UN Director for the UN Commission on Sustainable Development in 1994. She went on to become Director of the OECD Environment Directorate and subsequently Executive Secretary of the United Nations Framework Convention on Climate Change (UNFCCC), where she oversaw the coming into force of the Kyoto Protocol. Waller-Hunter died prematurely in 2005, but not before arranging to pass the torch of sustainable development to a younger generation. She bequeathed her estate to Both ENDS for the purpose of fostering leadership development, education and expertise among tomorrow’s environmental activists.

Since 2007 the Joke Waller Hunter Initiative (JWHI) has supported more than 300 young environmental leaders form the global South to pursue academic studies, internships and trainings that advance their professional goals. 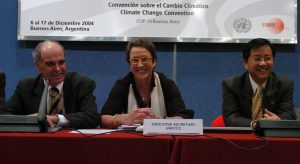