Messages from around the world

We’ve asked you, our partners, friends, allies from around the world to share with us your dearest memories of our cooperation, and your wishes for the years to come. Below you find a selection of responses. Thank you all for your contributions! Without you, our network, we wouldn’t be able to reach our goals. 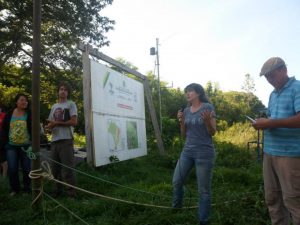 Tamara Mohr of Both ENDS, speaking at the Ecological Station of Taiamã, Pantanal, Brazil

“I personally have been collaborating with Both ENDS for 10 years for my work at the Fundación Ambiente y Recursos Naturales (FARN). What I value the most about Both ENDS is their great ability to listen, to respect our work and work history, to speak to us in our language, and help our organizations to continue developing our tasks and strengthening them. And I especially highlight not only the professional but also the human quality of all of its staff, it is something that all employees of Both ENDS have in common.” 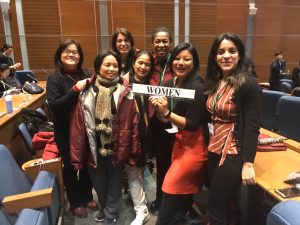 Thanks to Both ENDS’s support through the Wetlands without Borders program, Ana participated in the CBD Women Caucus in with the aim to integrate a gender perspective into global and national biodiversity policies. Photo by Ana di Pangracio.

“We think that Both ENDS has a lot of added value! Thank you for working with us in the Berta Caceres case.”

Annemarie Schaapveld, the Netherlands
Former employee of Both ENDS:

“I have been working at Both ENDS in 2011 and my dearest memories consist of learning so much about your amazing work, organizing teambuilding activities in Haarlem and diners with “friends of Both ENDS”. The reason for this was celebrating the 20th anniversary of Both ENDS, so its already 10 years ago! I have also spend many hours in the archive room, to sort things out :-). Worked together closely with Anne-Roos, who supported me in many ways.”

“Both ENDS is a very active and passionate organisation in the water sector. They are a highly valued member of the Netherlands Water Partnership (NWP). Their participation is visible in many ways, their director is representing the NGO’s in the NWP Board. And as part of the NGO Platform of NWP, Both ENDS not only discusses on the cutting edge, but is also reaching out to other NWP members as well. In other words, they can be critical, but in a more and more constructive way.

Each and every one of the staff members of Both ENDS NWP has worked and is working with, is really devoted. It is impressive and inspiring to see this devotion. And this devotion is needed, as we are in many ways not there yet.

Congratulations Both ENDS with your 30th anniversary. Looking forward to our continued collaboration.”

Our most profound memories with the support from Both ENDS, is the strength that affected communities have acquired through our engagement with them. This has enabled the communities to have constructive dialogue with the implementing agency JCM power and various government officials, involved in the solar project. Community members were also able to mobilize themselves and put together a community letter on the concerns that they had with the solar project.

However, more work needs to be done in order for community members to be meaningfully involved in the project and for their concerns to be addressed. We hope for continued support from Both ENDS to help the communities on engaging with the implementing agency, government officials and project financiers. We also note the challenge of most communities in Malawi not being aware of their right to be involved in development projects happening in their communities. Hence we would like more support from Both ENDS to scale up our efforts to other communities, by building their capacity on human rights and also community involvement in development projects.” 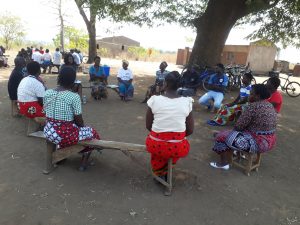 “When I think of Both ENDS, I think of all the work they are doing to create more equal and sustainable land governance around the world. From the support to numerous grassroots organizations fighting for land rights in their countries, to initiating policy dialogues in the Netherlands. One specific activity I am proud to have been part of are a series of brainstorm sessions we organized between Dutch policy makers and Dutch academics and civil society on the importance of women’s land rights. The sessions led to concrete ideas on how to integrate women’s land rights in policies and practices at the Netherlands Ministry of Foreign Affairs.”

“In 1995, I used to work with Accion Ecológica in Ecuador and was leading a campaign to save the forests, working with Indigenous peoples and Farmers to protect their forest threatened by extractivist companies. Tamara Mohr from Both ENDS was my first contact and supported our work in many ways. After a couple of years I moved to work promoting Analog Forestry as a way of ecosystem restoration and Both ENDS has been part and supporter of the International Analog Forestry Network, until now.”

Paul Osborn, the Netherlands
Former board member of Both ENDS:

The oldest memory is the winter of 1985, when I lent office space in our building in the gardens behind the Tropen Instituut in Amsterdam to a young lad, Harry van der Wulp. He needed to do a feasibility study for IUCN. Some visionaries needed space to free their ideas, and marshalling ideas and options, the seeds were sown for something which was to become Both ENDS.

There is always someone who lends office space for a bird to learn to fly. We all know that. I just wonder which birds will be given such space at Both ENDS 2021 and encouraged to fly, fly, fly, a new flight.

The Joke Waller Hunter-Initiative is a splendid incubatory aviary. But ecotopes are screaming for more.”

Want to submit your own memory? Then fill in this form and maybe your contribution will appear on this page